8.30.10
9:30 pm, Tsfat
An interesting city in the north, very very jewish, with an artist colony. It's actually a bit of a high end religious town, with lots of english, though the restaurant we went to tonight they didn't speak english, just a basic place, needed to get some food in our tummies.
Anyhow Micah woke up at 1 pm today. He took a shower, I made us some brunch and then we decided to pack up and go. We didn't feel like hanging out in Haifa, the Golan just seems very inviting and the most like home so we thought we would head up here. We left around 2 pm, leaving a note for our hosts, started to drive up the road to the village and smack in the middle of the road was a dumptruck, with a trailer attached to it which had somehow rolled and their were two backhoes and lots of guys talking and trying to figure out how to get the trailer right side up (it's the tip of the iceberg 2). We waited for about 20 minutes, then gave up and went back to Dori's and walked the dog on the trail and then tried again. This time they had the trailer right side up, but they were still having problems. We waited and Drori walked through the bologon (hebrew slang for mess) with Maya in her pack and so we went back to the house again to visit with them. Micah played with Maya for awhile, and then we tried again and this time they appeared to have everything working and the dumptruck drove down the road so I could get by and we were off...
Out of Haifa and into a traffic jam heading north and then finally out of traffic and then back into traffic, very stressful driving, I had Micah read the guide book, we found a place to stay in Tsfat, when we got here I called her and she navigated us to the relatively inexpensive hostel. We settled in and then drove back to Tsfat and walked around, most of the shops were closed, but we found a couple that were still open, there were some hasidic jews walking around, some modern orthodox jews, it just seems that is the odd combination of religious jews and higher end artists... in a pretty white stone town, with narrow cobblestone streets. We could walk around here tomorrow, but I think not. Hopefully Micah will get a good night's rest and feel better tomorrow. He seems to have caught my cough and we were hoping to hike and maybe swim tomorrow on and off depending on where we go and what we do... lots of possiblities, just need to get up and go! 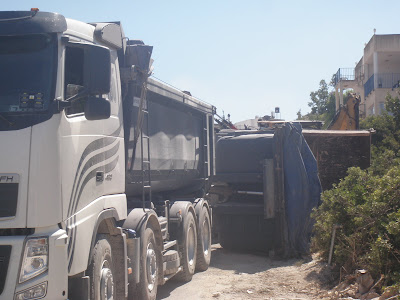 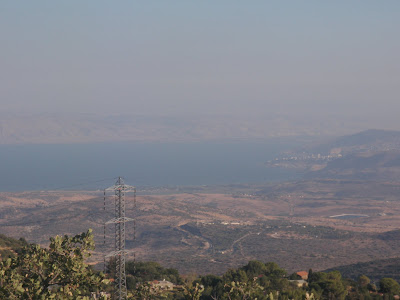 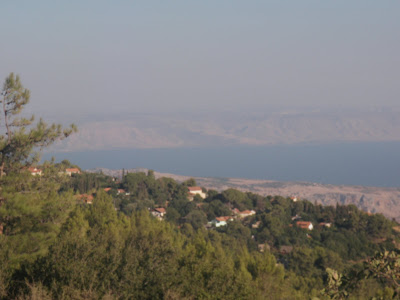 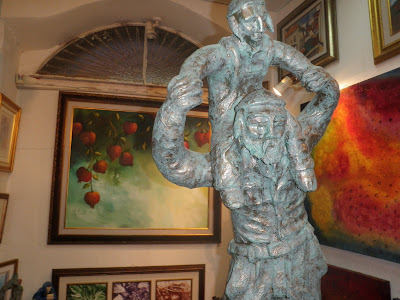