8.27.10
on and off sleeping on the mattress on the floor next to a bed next to a mattress, 7 couch surfers, asleep on the floor, I kept getting up and cooling down on the porch, with my new friend, Hiro, the dog following me around, eventually she slept on the porch and I fell asleep on the bed, even though Micah stole my pillow for the night. His sweatshirt which will never be worn became my pillow...
Woke around 7 am, took Hiro for a short walk on the trail behind the house, then sat on the porch and Skyped with Jackie, tried to show her around the house a little, but everyone was still asleep, slowly everyone woke up, Micah woke up and talked with his mom for awhile. Then we cooked up some breakfast, cleaned up, hung out. The girls from the Faroe islands left with their backpacks, off for Tel-Aviv. The German girls had some breakfast and went off to the beach for the day. I wrote e-mails and waited for David to arrive.
David arrived a little before noon, I showed him around the place, but he was allergic to the dog and all the greenery, such a city boy. And so we left in his car for Akko, an old Roman port town, the main port town in the north from 300 B.C. until the 1700's with the walls of the old city right up against the sea.
David's reason for going to Akko was an amazing fish restaurant, Uri Buri's. Uri a big man with a Santa Claus beard. The food was out of this world, we had a shrimp and mango dish that was in this amazing cream sauce with we think coriander, cinnamon, nutmeg, and a mystery ingredient or two possibly english all spice. Plus a sea bass dish that was in a coconut milk marinade. The food was worth writing about.
We then wandered the old city of Akko and found ourselves in a water tunnel and then at the port where people were renting kayaks, and there were lots of boats. It was David's first time finding the port of Akko, really the only reason to go there for him was Uri Buri's, but he too enjoyed discovering the pathways of Akko.
Then we drove to Rosh Hanikra, where the rock meets the sea at the border with Lebanon only 120 km from Beirut. It's a very short cable car ride down to the Grotto caves where the sea crashes the rocks and their are pathways through the grotto and around the sea and then at the end a movie about the area with a history lesson. In 1948 the Haganah blew up the train tracks during the time of the British Mandate so supplies would be cut off from the enemy during the war of independence.
And then we drove around, checked out a beach because we saw a sign in english that said Tornado Power Boats, we wanted to see what that might be, but all we found was a crowded beach club where we got some ice creams and then back to the car.
Ended up at coffee shop in Haifa where we just sat and talked and nibbled for an hour or so. Then David took us home, it was a great time with David who says he's enjoying his own rediscovery of Israel as he never tours the country like this, he's a Tel Aviv man.
Micah and walked into Dori and Droori's, they had just finished up dinner, but Drori immediately took out the left overs and gave us plates and we ate some spaghetti with eggplant. I brought a bottle of wine which I opened up immediately. The german ladies were getting ready to go out for the evening with some boys that they met and we all just talked the night away until bedtime... personal histories, traveling experiences, politics, and google earth.
This morning I'm sitting at the counter writing in my journal....
Drori takes a bowl and a grater and a pear (or a prayer)
she moves my coffee and lays Maya on the counter
starts grating the pear to feed her with
I get up and hold Maya so she won't fall
so Drori doesn't have to do everything with one hand
and somehow that makes me think of this....
Our Last Prayer at the Wailing (Western) Wall
"It's going to be our last time here for who knows how long
we should say a goodbye prayer."
"that's true, who knows if we will ever be back here"
"especially, together."
Micah walks up to the Western Wall
he puts his hands on the wall, he looks up,
he stands there for awhile
I stand back and watch him
An Idol Seller's house in Akko?
I joke with Micah and David, and Abraham came and destroyed all these statues and put his father out of business... 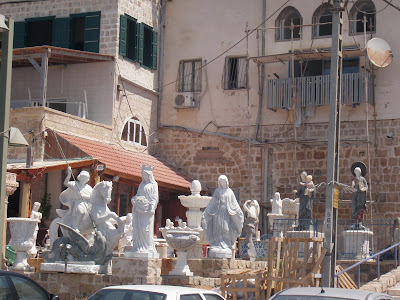 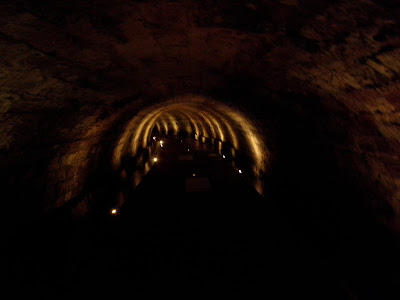 At the exit of the tunnel... 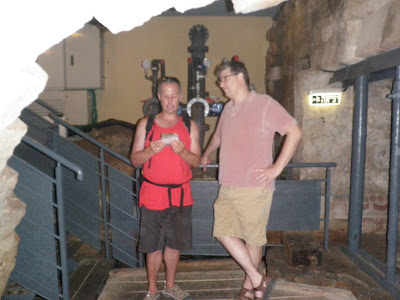 Akko Port at the Sea 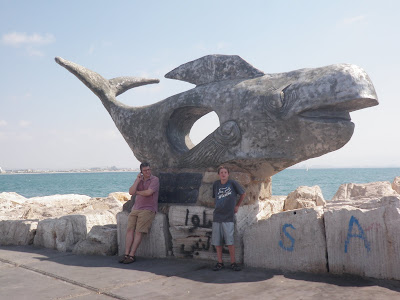 last photo of the day as the battery went dead... 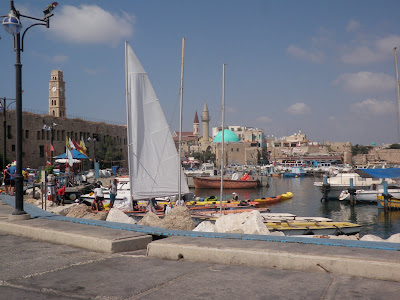 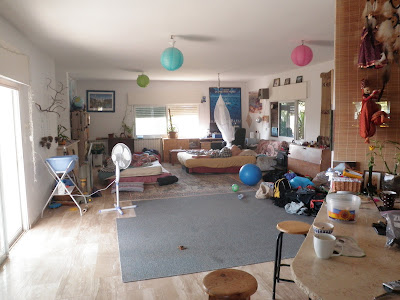 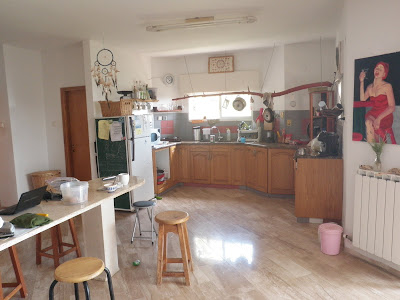 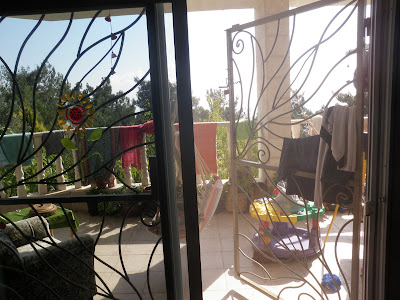 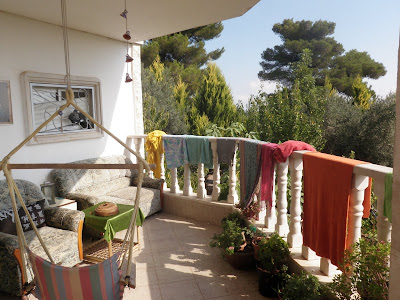