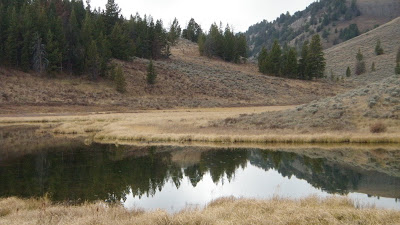 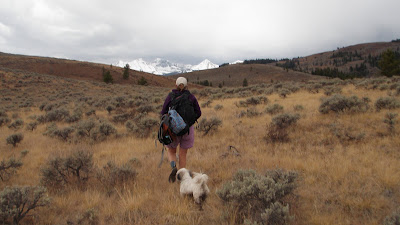 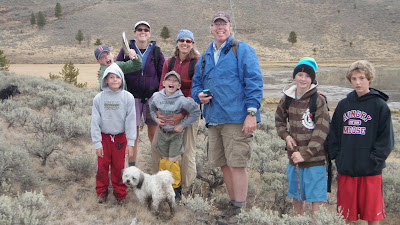 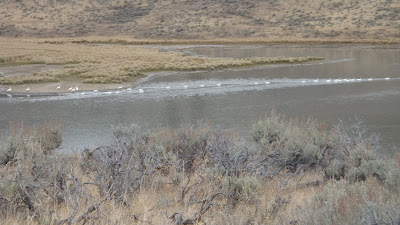 Can't sleep. Middle of the night, 3:30 am. Been reading Jhumpa Lahiri's book Unaccustomed Earth. I'm dreaming about writing short stories. A car flies by on the highway through the window. I let the cat outside, wouldn't let him out earlier, but I do now. Earlier there were noises out there, the sounds of elk bugles or coyotes or a wolf.
We went on an easy hike today with the Wades. A gang of 4 adults and 5 kids. Somehow I reinjured my knee, jumping across a very narrow stream. Thought I would try to fish the side of Albino Lake and my left knee cracked and felt extremely funny. And now it hurts. I've been reading and icing it, but it has me worried. I'm sure it's O.K., but... So it's keeping me awake, not from the pain, but from the worry. I fell asleep fine probably around 11:30, but woke up at around 2 and have been reading since, wide awake. Writing always makes me tired, so I'm hoping I can write myself to sleep.
The hike was beautiful, expansive, autumn heading into winter, the sun was out when we started, but the clouds rolled in, a sprinkle here and there at Albino Lake which suddenly appeared around a corner. At the far end of the lake was a flock of trumpeter swans, white majestic, on the shore and in the water. As we approached them they swam away from us.
What is bothering me the most is the tightness in my knee, it just doesn't feel as mobile as it should, a set back, it's not so much the pain, it's the worry.
I talked to my Dad yesterday, he had called to find out what station a college football game was on, but Jackie, Howie and I were out for a bike ride, also in Taylor Fork, that's where and when we had the idea for today's hike. I called him before our neighbors came over for dinner. Somehow he found the station on his own. The day before we had talked for awhile, going over the list of stuff we need to do when I go visit him next week.
I think it's working my mind is getting tired, I'm not remembering, I should try to sleep
Posted by mark at 3:26 AM No comments: 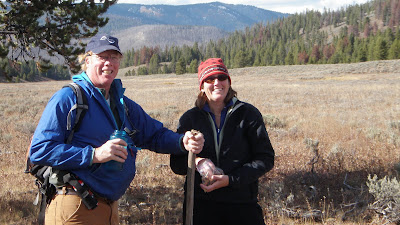 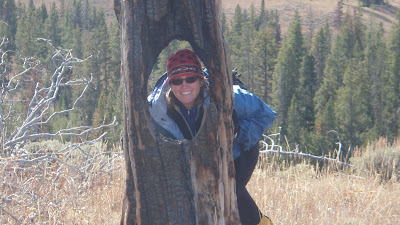 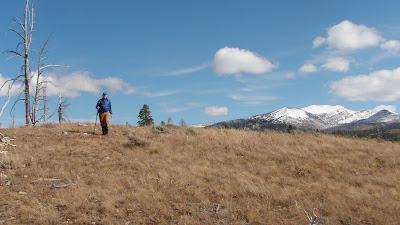 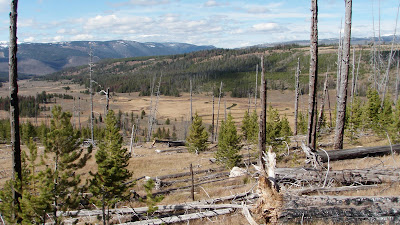 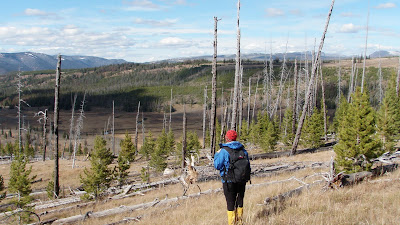 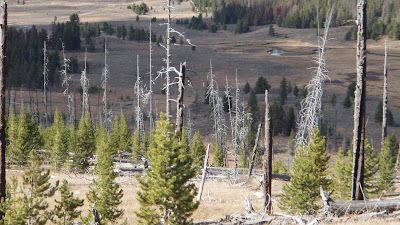 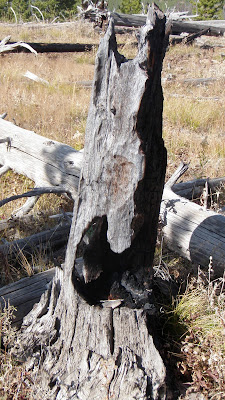 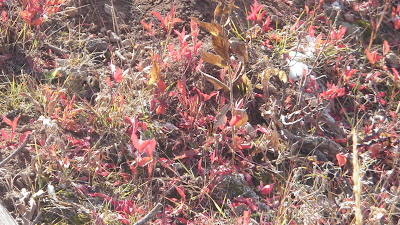 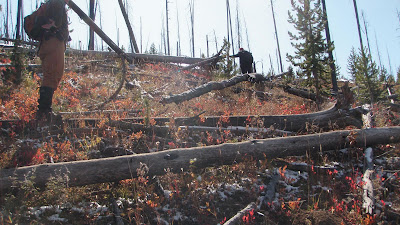 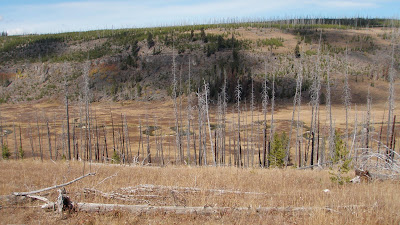 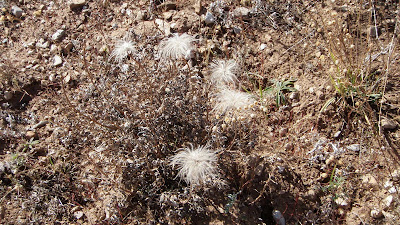 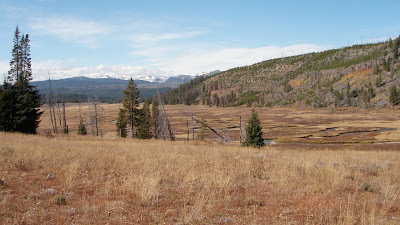 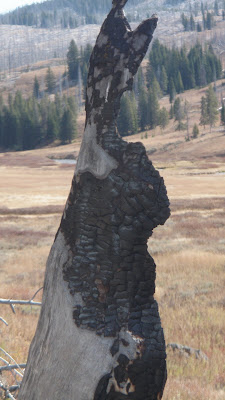 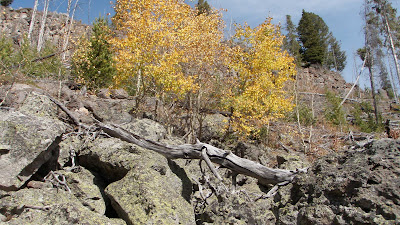 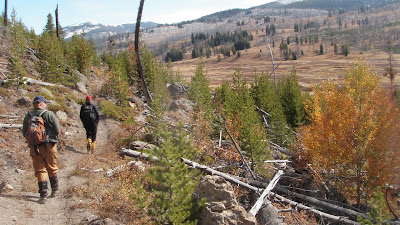 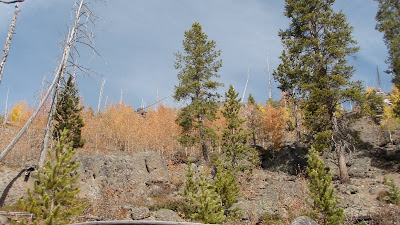 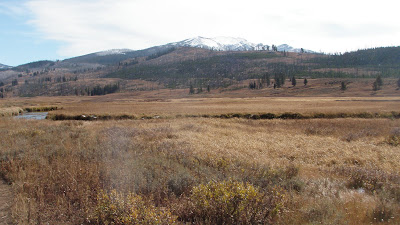 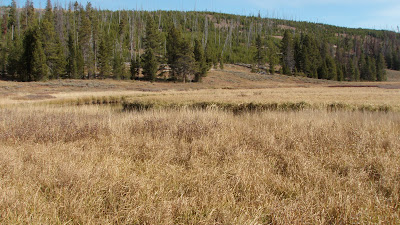 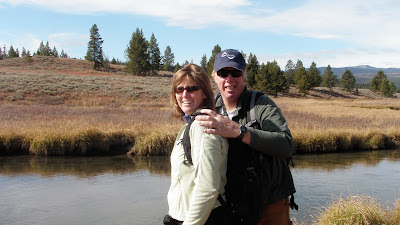 Some stories reveal the soul. They dig deep and bring out things that one doesn’t even know are there, these truths, these inexplicable truths.

Dan, Denise and I took such a hike today up Big Horn Pass, up along the beginning of the Gallatin River, out the north of it, back the south of it, Dan turned into a deck of cards today, fits him since he’s so funner. Actually it was the most funner hike I’ve ever been on. 16 years ago today, Jackie, Andrew and I arrived to Big Sky to live, thinking we were moving to Bozeman, but it’s Big Sky we are in. So, it was our Sweet Sixteen, but Jackie was busy with box city, a story in itself for some other time, after I hear about it all from her.

What was it? And then up on a hill about 50 – 100 yards away was a wolf, he looked at us and he sauntered through the trees. We watched him walk by us from afar and disappear into the trees. We put our backpacks back on, and continued hiking. Denise was being very quiet, Dan on the other hand was howling, moaning, not rudely, but curiously. Denise was of the belief quiet would bring him out again, Dan was of the belief that noise would make him wonder and wander out.

Somehow I got Denise to say my thoughts were uncanny. And that made me think, better than being canny… canny?What does that mean, where does that word come from?

I was taking pictures all along the way, and I snapped this one photo of all these little red leaves and the dead fall, and I suddenly snapped into taking that picture in Warsaw on Friday, August 13th in 1982, in the government square, a small group of 30 people circled around some candles, lighting them in honor of Solidarnosc. I took 3 pictures around the circle, and joined in the prayer. At some point I wandered off, the sun was setting behind a block full of militia trucks, I took another picture. All of a sudden a truck with a couple of police officers drove across the street and arrested me. They put me in the their truck and drove me away to the local militia station. They laughed at me and kept pointing at me and saying “CIA, CIA, CIA.” They sat me down at a table and took out a receipt book, and took everything out of my backpack and wrote it down, my journal, my passport, my money, whatever was in my bag. While I was sitting there and these two zoto cops did their inventory and continued to laugh at me and say, “CIA, CIA,” the head of the local militia was dealing with a young man right next to us. He had the young man spread eagle himself against the wall right next to where I was sitting and he took his foot in his giant boot and kicked him as hard as he could twice, three times, then yelled something at him and the boy ran out of the militia station and gone. The chief said something to the cops dealing with me, they had me sign the paper, took me and put me into a 12 ft. x 12 ft. cell with a bunch of drunks and other local criminals. There was a bench. I tried to sit down, but one of the drunks kept falling on me, pushing me trying to lay down, mumbling to me in Polish. I stood up and paced with a bunch of others, back and forth, back and forth. I did multiplication tables in my head. I didn’t know what else to do. I thought about my mother, I thought about my girlfriend. I was thinking of them, I wanted them to be thinking about me. I kept doing multiplication in my head, thinking what have I done this time, what have I done. Every once in awhile someone would come to the cell and say a name, and then that person would be taken out of the cell. New people would be brought in. At one point a young man started pacing next to me, he spoke broken English and he started talking to me. “What did you do?” he asked me. I told him I took a picture. “What did you do?” I asked him and he said, “the same thing.”

I think I was in that cell for a couple of hours. Every time they came to the cell door I hoped it was for me. Eventually they did come for me. 2 men dressed in suits and ties. I remember the face of one of them as if it were yesterday. Average height, slight built, beige suit, reddish mustache, I looked at him as he stumbled over my name and I immediately assumed I was saved. “U.S. Embassy? U.S. Embassy?” I asked. They looked perplexed, I realized immediately they spoke no English and shut up and followed them. They put me in a car and took me to a big government building. They had my backpack with all my stuff, my camera, my journal, my passport, my visa. They sat me down on a bench outside someone’s office and I just sat there and waited. I assume that they developed my film and as I sat there waiting I hoped and prayed that my pictures of the panda bear in the Berlin Zoo would help prove to them I was just a stupid American student. Eventually they brought me in for questioning. They asked and scolded me about the pictures. They asked me about university. On my visa I think it had said that I went to Columbia and that I was studying economics. Thank God I didn’t say writing. At the time Zbignew Bryzinski was teaching at Columbia and he had been Carter’s Secretary of State and so they asked me questions about him and I told them, no I didn’t know him, yes he was a professor at my school. They asked me questions about my journal. They asked me about my travels. They asked me where my airplane ticket home was, where all my money was. I told them I left most of my money and my plane tickets in West Berlin where I was staying. They asked me where I was staying in Warsaw. Here I was in trouble again. I had gone to the synagogue when I first arrived in Warsaw, I was hoping to have a unique experience, my family was from Warsaw, there are old family photographs that say Warsawa on them. So I found the only synagogue in Warsaw and there was an older couple from Brooklyn there that were visiting and spoke English and Polish and they made this connection with this old man who said I could stay at his apartment for a price and I was willing to pay, I just wanted to meet the Jews. So when I told the police detectives or government officials, whoever my interrogators were they were not pleased with me. But I had to tell them the truth. I was truly just a stupid and curious American who took pictures of things I shouldn’t have taken pictures of. At the end of the discussion they told me I could stay in Warsaw, but needed to leave on the train the last night of my visa and that I needed to move out of the old man’s apartment and into the government hostel. And so they let me go. Opened the door and said leave.

The first morning I woke up in his apartment, his roommate came home and found me in his bed. His roommate was a Syrian man, dumbfounded by the Jew in his bed. So I moved into a different room. A few hours before I was leaving for Warsaw the Syrian man and I finally began a conversation. It was intense, but I needed to catch my train.

So you have to forgive (in) yourself 3 times as well to rid yourself of it.

The fall is a time for self reflection, and when things begin to die.

10 years ago my mother died,and so somehow maybe that explains why certain stories appear on a day that doesn’t really match, but there was some sort of excitement, some rapid heart beat that matched, when I snapped that photo, it triggered a memory, something that I wanted to share with my good friends. 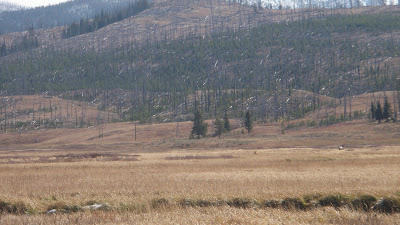 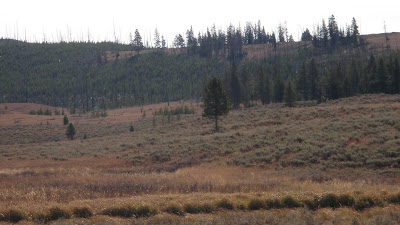 is there a wolf walking away behind and to the right of that tree? there was, but I'm not sure you can see it. The wolf circled around us, looked at us, was not afraid us, but I was watching it so intently I never took a picture. It was probably only 50 yards away. The low moan of the wolf, first a cough, then the low moan, almost a howl.
On the picture above is a bull elk, you can see him on the bottom right of the photo.
The wolf was moaning, the bull elk was walking by...
It was yet another epic hike with Dan & Denise. Out Big Horn Pass in the park on a beautiful fall day.
Posted by mark at 10:43 PM No comments: