Stan monologue on the car ride home just a few minutes ago:

“No that was Tommy Powers, he had 5 boys, he worked at the track, he was a cashier, back then they had sellers and cashiers, he was a $2 cashier, they had them on the mainline, cashiers and sellers, he said, “go to the seller” Have I ever told you that story, I must have. Back then you were either a cashier or a seller, and these guys would go to the wrong lines, they would try to buy a ticket at the cashier, they were Puerto Ricans, or Hispanics and this guy came up to Tommy and kept trying to buy a $2 bet on a horse and he was getting frustrated. Tommy kept telling him he had to go to a seller. They guy didn’t understand, but he finally walked away and then he stopped turned back and looked at Tommy and said, “I’m just as good as you and I’m staying up here with everybody else!”

“We were talking about Germans?”

Sunday, today, Jackie took Micah and his 3 friends to go Zip Lining at Big Sky through the trees and and then Yeti dogs – the best hot dog place in the universe – and then swimming. At the same time I took Howie to Bozeman where I watched him in the beautiful hot sun play 3 one hour soccer games in a row. He played goalie in the first game which his team won 6 -5, then he played left wing in the second game in which he scored 2 goals and had 1 assist and his team won 5-2, and then in the third game he played goalie and left wing and his team lost 5-0. On the way home he was starving and thirsty. 3 bites and 2 sips of his drink and he was fast asleep for the ride home.

And then it was Micah’s birthday dinner. For his birthday Jackie and I bought Micah a Presto Cool Daddy Deep Fryer and we made falafel, hummus, salad, pita and steak and we had a terrific meal. The deep fryer worked great and we will probably have more and more falafel meals and who knows what other deep fried goodies will appear on our dinner table.

Margy and Jim came over for dessert and it was great to see them as they had just arrived back in Big Sky today – I had not seen them since Micah and I left for Israel – so at least 5 weeks ago… and it is always great to see them and share good times. Micah opening up all his other presents, what a year his 13th year was, what will his 14th year be? 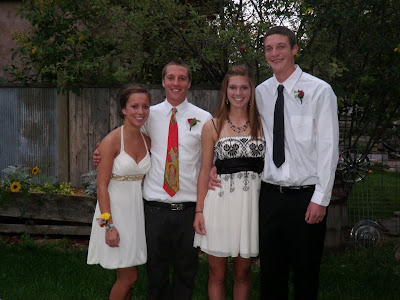 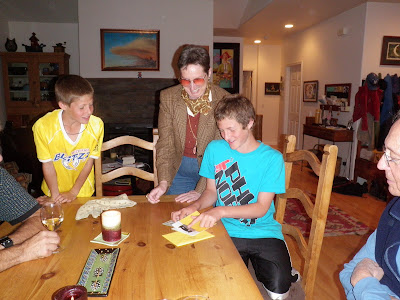 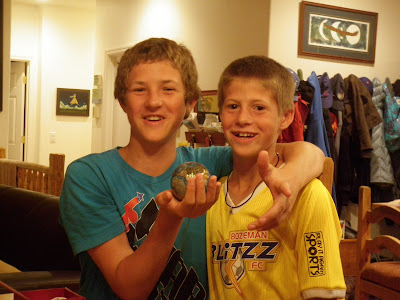 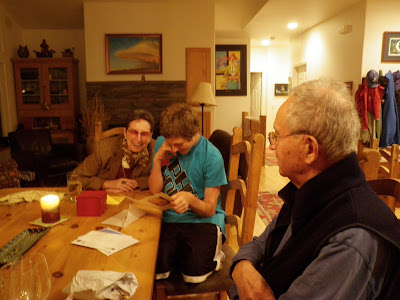 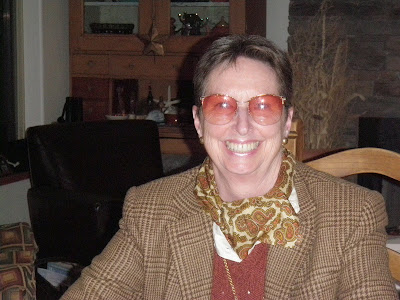 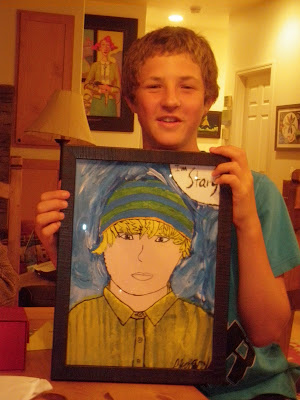 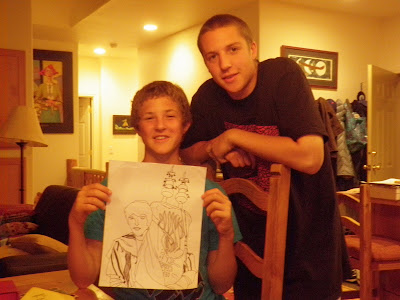 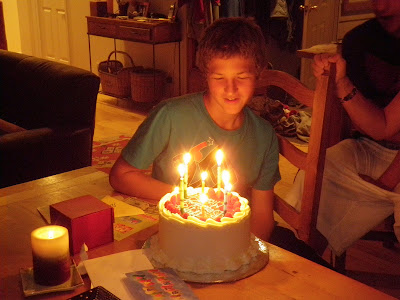 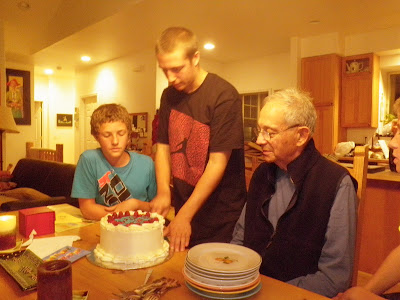