On Saturday awaiting the hike... 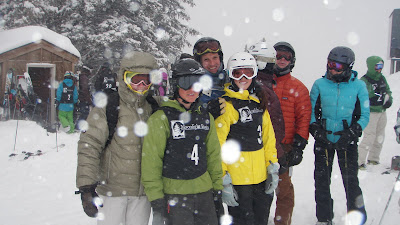 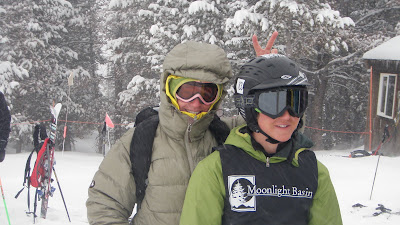 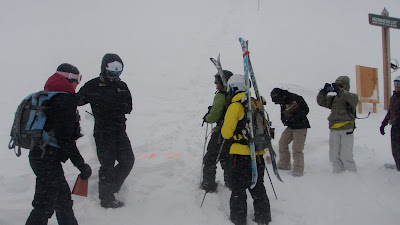 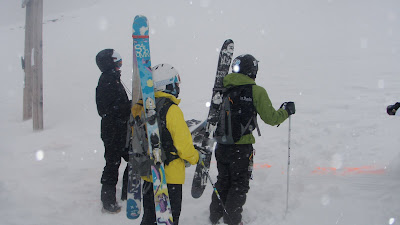 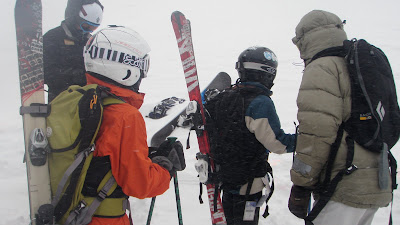 On our way up to Moonlight on Sunday morning, the sun rising, the half moon setting, a sundog inbetween, on our way to the Headwaters Spring Runoff Competition, the mountain engulfed by clouds, wondering what's it going to be like up there. Saturday's competition was canceled. On Saturday they did hold the hiking portion of the comp in the snow and wind, but canceled the skiing because of the very windy ridge. Micah was in the second pair of skiers that had to hike up the unbootpacked path up the mountain, in little visibility and high wind. He easily passed the only other junior ahead of him and then just paced himself through the snowstorm. Howie was off in the 9th pairing and must have passed at least 6 people. Low to the ground and quick he went for it. His time turned out to be faster than 6 of the women competitors!
Howie wrote a poem about his hike:
The Big Hike by Howie Robin
I get on the chair only thinking about the hike.
I make it to the top seeing the hike has not started.
I put my skis on my pack and go to the warming hut.
They all yell "close the door!" I close it shut and more people burst in.
I wait inside for what seems like an hour.
I go outside seeing the first competitors go.
I wait two minutes and watch Micah and Isabella go.
Back in the hit I go, I wait 14 minutes and come outside.
I go to the starting gate two more competitors go.
1.57 later the starter calls out "3,2,1" I start to hike.
Not too long before I make my first pass.
I keep my pace at a steady speed.
Looking behind me I step aside as two people pass.
I keep on walking right on their tail.
I pass more people the two competitors are about 20 yards ahead.
I go on and pass Frances still keeping my pace.
Looking over I see Isabella and catch up and pass.
I see Tucker lying down I pass thinking he was resting.
I keep on walking I come to a part with lots of rocks.
I make it to where I only have ten yards to go.
Looking up I start sprinting, crossing the finish I fall to the ground.
My hands so cold somebody has to unbuckle my straps.
I go in the ski patrol room another competitor is also in there.
He tells me Tucker passed out.
I go outside and ski to the bottom.
I go in the warming hit and they say, "shut the door! You did really well!"
So that was Saturday's hike. After the hike they decided the wind was so cruel up on the ridge that it was just too dangerous to have the comp so it was moved to Sunday morning. So it was off to ski the mountain. Micah skied with his friends and after lunch Jackie and I skied with John and Laura for most of the rest of the day. Great powder all day long! It was an awesome ski day. John and I ended the day at the Madison Lodge having a couple of beers, then I had to pick up Jackie, Micah and Howie who ended up at Big Sky at the end of their ski days. Then it was back home and off to a wine tasting/ dance with John and Laura and Dan and Denise and others. A very fun night! The up again first thing on (Easter) Sunday morning - had to be at the lodge by 8:30 am...
Micah and Howie waking up, getting ready for their big freeride ski runs at the lodge Sunday morning... 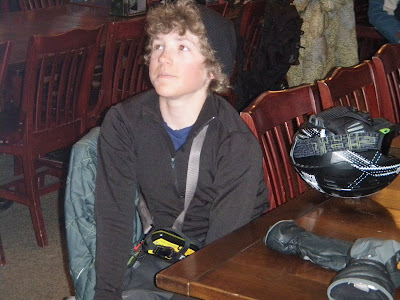 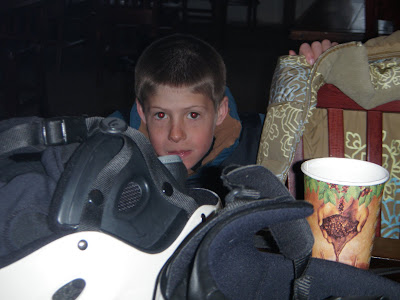 Micah starts on his hike up the ridge..... which begins our epic day of watching all the juniors ski, the clouds come in and out over the ridge, just before Micah's run a snow squall and finally the sun shined on Howie's run... then another afternoon of skiing Moonlight with friends... 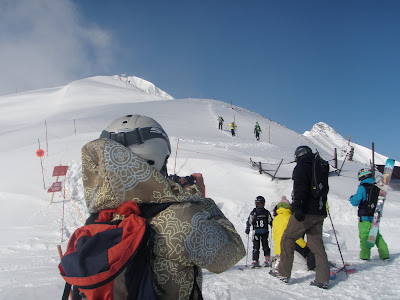 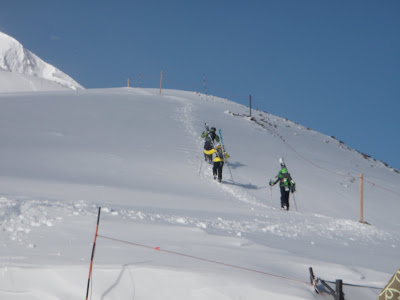 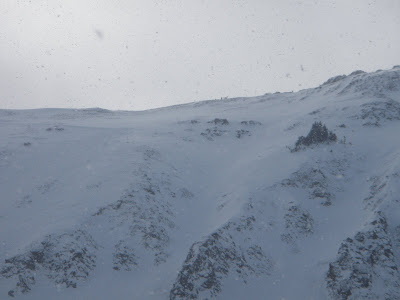 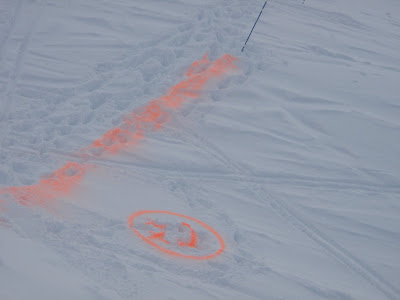 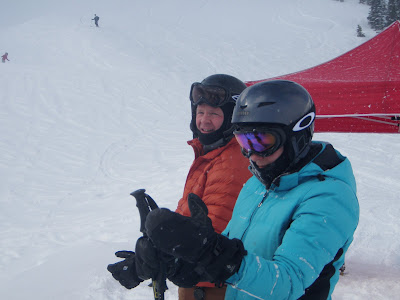 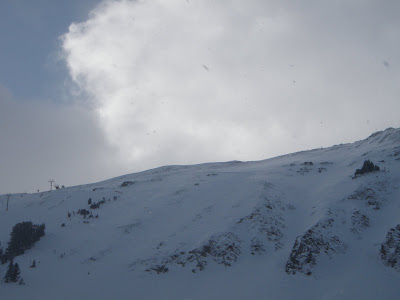 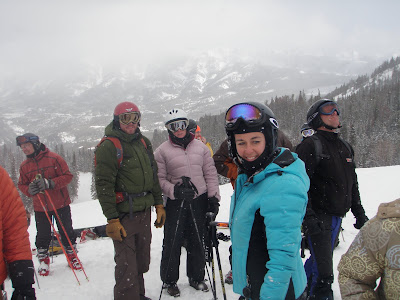 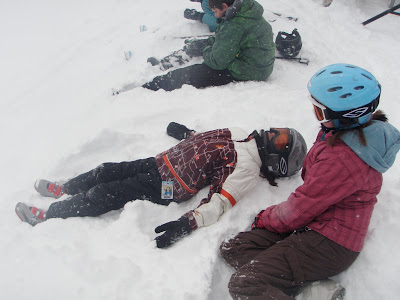 the clouds roll in before Micah's run 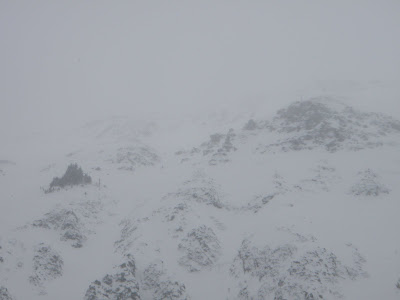 After his run Micah discusses it with coach Scott, Ben and Isabella 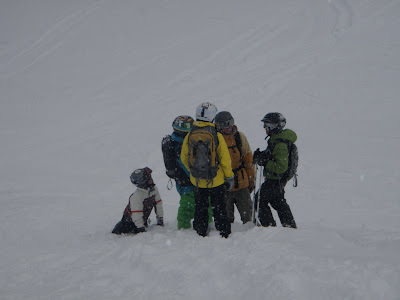 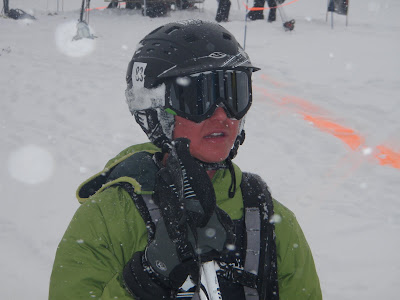 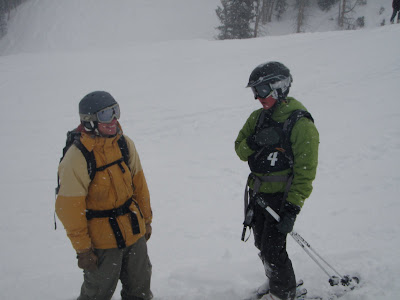 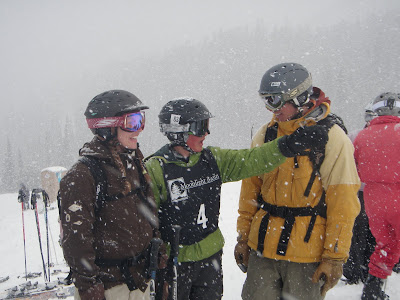 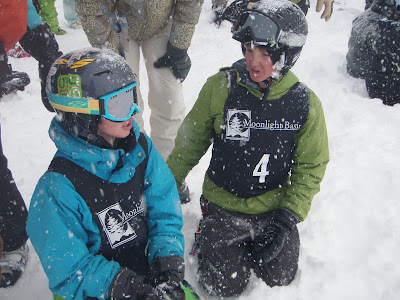 The Easter Bunny shows up to watch the comp 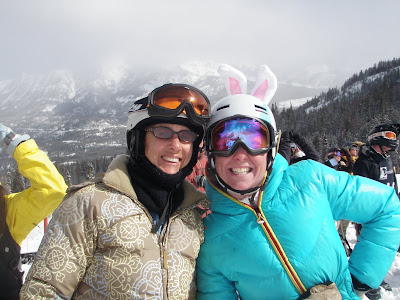 Howie at the end of his run 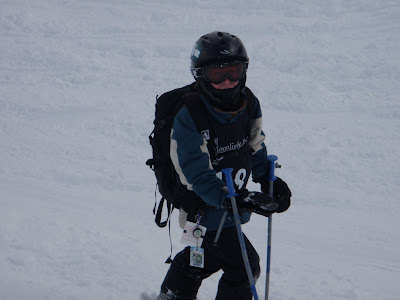 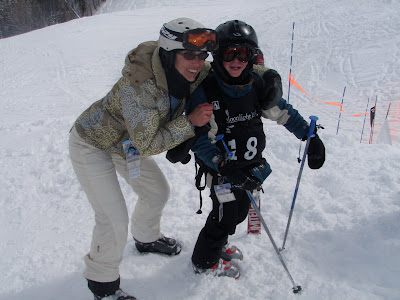 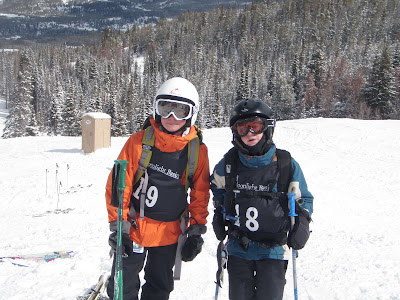 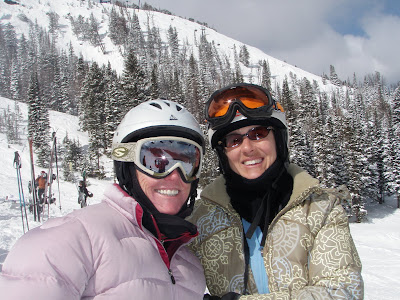 And then after the junior competition, we headed over to Moonlight for lunch where we ran into Elijah Harder and his parents... 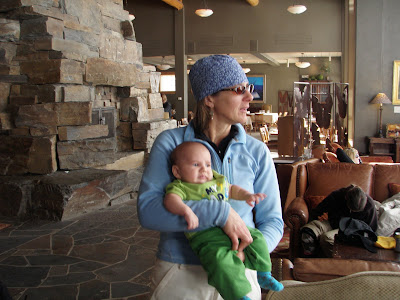 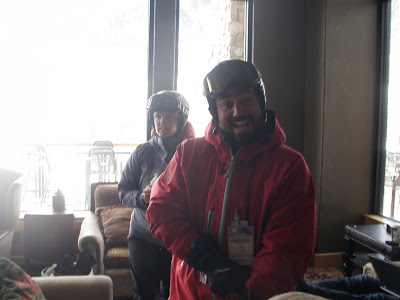 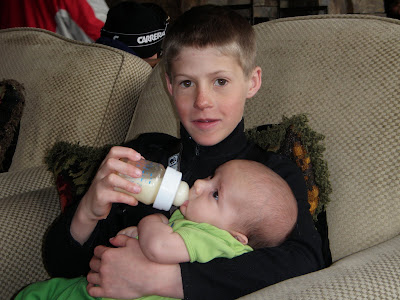 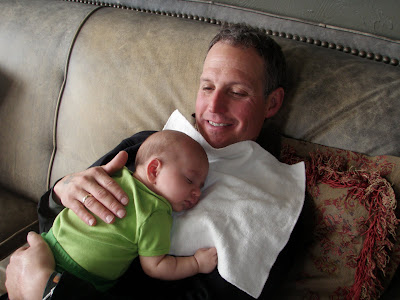