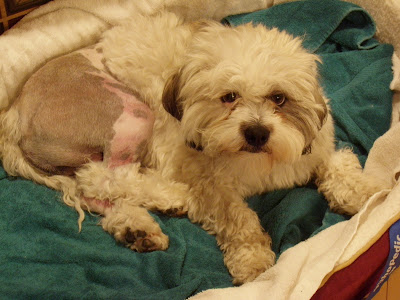 So, life is crazy, busy, baseball playoffs on the t.v., Buddy home in his new bed at my feet, Howie watching the game with me eating his ice cream, Grandpa stayed at his place tonight, Jackie on her way back from town, Andrew and Howie got back from town about half an hour ago, Howie had Shalom Kids, Andrew thought he had tennis lessons, Jackie went to high school back to school night. Howie is giving me his analysis of television advertisements.

Today was a crazy day of an interview, lots of phone calls, dealing with vendors, working hard with employees, working on upgrading the store in general, trying to get work done on the computer, e-mails. (Howie keeps talking to me – Butch Posey just hit a triple for the Giants, Howie is telling me how Tom Seaver said the Orioles didn’t take the Mets seriously and how when the Mets were up 3 games to 1 against the Orioles Tom Seaver wondered if they were taking the Mets seriously yet. Funny thing Tom Seaver was the only Met to lose a World Series game…)

A day of lots of phone calls from friends, three friends who I haven’t really spoken to in quite awhile, one in Venezuela on Skype, one in Hawaii on my cell, one in Colorado on my home phone. All in between business calls, and conversations with salesman and employees, trying to make things happen, working on orders for the holidays, working on the website, plus restocking the produce case, visiting Stan, being home with Micah and taking care of Buddy.

Buddy. Buddy is doing well, but it is going to be a long slow recovery. A test in love and patience. He’s able to walk, putting almost all his weight on his front legs, today we left him alone with Murray in the living room and somehow Buddy moved the barrier and ended up downstairs in the Micah and Howie’s bedroom. Not sure how he got down the stairs or what compelled him to go down there, but he seems O.K. I took him out when I got home, carrying him to a level spot on our lawn and letting him walk, and pee. Then I carry him back into the house and put him in his bed where I bring him some water which he laps up and a few snacks – he’s not really eating his dog food, but I bet if we let him get hungry enough he’ll eat…

So Buddy – dislocated femur, dislocated hip, fractured hip socket, 4 hours of surgery on Monday. Home on Tuesday night, lots of road rash, today we ripped off his bandaids which were covering up all his staples after putting a muzzle on him otherwise he definitely would have bit us – So now he will need to wear a cone unless we are watching him, making sure he’s not licking. And he has always loved to lick. But bottom line, in the long haul, I think Buddy is going to be O.K. Which somehow means all of us will be O.K.