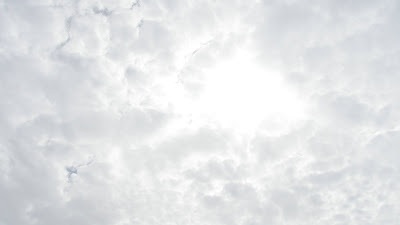 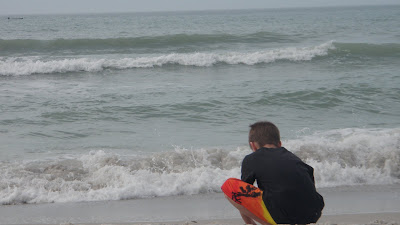 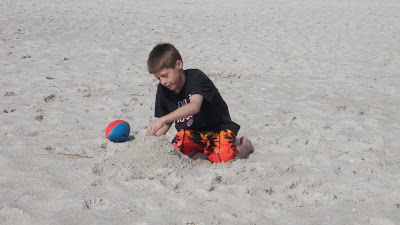 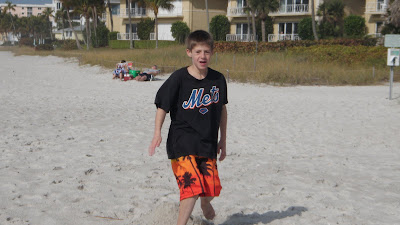 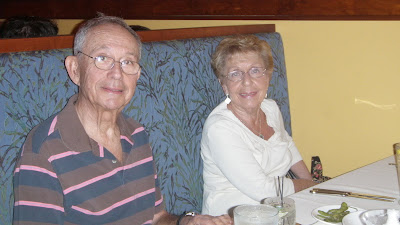 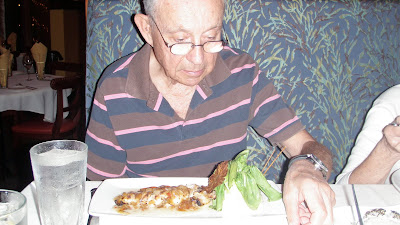 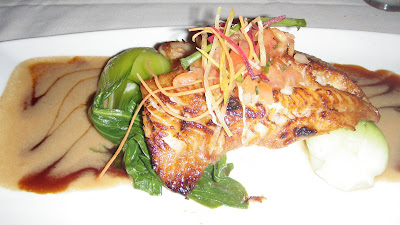 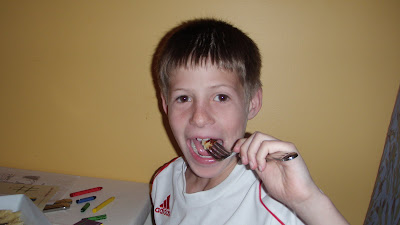 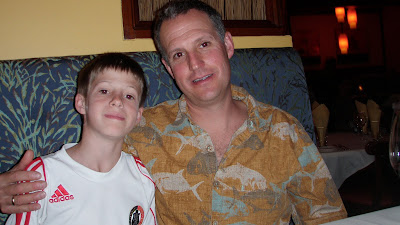 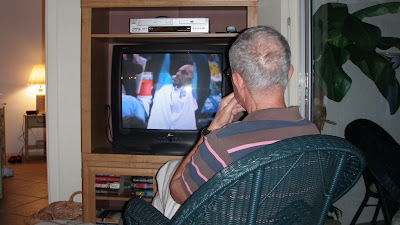 Today was a good day. After our morning walk, Grandpa opted out from going to the beach, so Howie and I went alone and had a great time mostly playing football. I sat and read the paper for a bit while Howie dug in the sand, but then we started playing football, making believe we were playing against a defense and drawing offensive plays in the sand. Howie has an amazing ability to throw a spiral, plus he's a southpaw. Then he started building small sand hills and turning them into football tees and practiced kicking field goals. Interestingly enough he is right footed, lefty thrower, righty kicker...
When we got to the beach it was cool and cloudy (see first photo), but soon enough the sun burned through the clouds, and we had our first (and last) sunny day in Naples. We stayed at the beach for over 3 hours heading home around 4pm. When we got back we went straight to the pool - Grandpa complained the last time we went to the beach that we got too much sand in the house, so this time we went straight to the pool and went swimming. And the water was actually warm. Howie and I played football. First I did a few handoffs to Howie under my legs, then we played catch. 17 straight, then 88 straight then 162 straight catches back and forth. By then Howie was shivering, so we got out and headed home. Dad and Helena wanted to go to Roy's for dinner (Jack and Carol's favorite restaurant which we were talking about the night before), which is a higher end chain restaurant - Hawaiian, asian fusion. So I called and made a 6:15 reservation. We watched the first half of the Jets - Chargers game, and then headed out, just missing the sunset. We had a really nice meal at Roy's. Exceptional attentive service, the waiter invited Howie to meet the chef in the kitchen, and then took our picture on our way out. We were about to leave when I walked by the bar and noticed that the Jets were beating the Chargers 17-14 with only 2 minutes left so I went and got Dad and Helena before they left and we sat at the bar and sipped some Bailey's on the rocks and watched the Jets win! Dad was excited because he had a dollar bet going with his buddy Bob and Bob picked the Chargers so Dad had the Jets!
It was a fun evening. I really liked our bus girl who asked for permission every time she cleared a plate or a glass from the table. Or maybe it was the special martini and the glass of Pinot and then of course the Bailey's. Or maybe it was the special attention they gave Howie. Dad had his hearing aids in, but really the world always seems to be passing him by, unless the world is in front of his face with high volume like the t.v. is - he sits right in front of it so he can see and hear...
I had the butterfish because Howie wanted to taste it - He tried it and said it was so so which he says with his hands, moving them up and down. They gave him a coloring book which kept him busy most of the meal. I also had a sushi appetizer and Helena tried it - her very first time ever having sushi! It was a very special evening (probably because we all pretty much did our own things today and just met up for dinner). It was a great way to spend our last evening together... and tomorrow afternoon Howie and I head back to Big Sky.

Dad tried telling us this joke, but it’s really a joke meant to be told in Yiddish. Helena was trying to tell him not to tell it in front of Howie, but I waved her off.