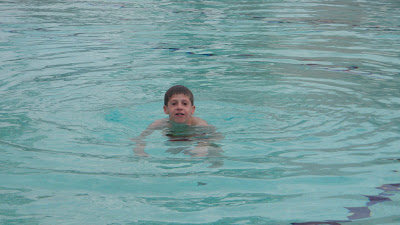 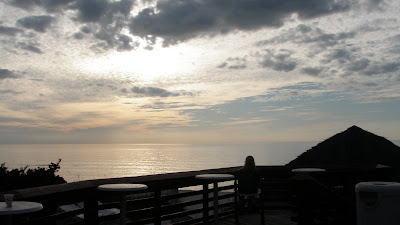 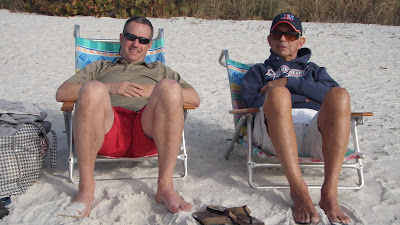 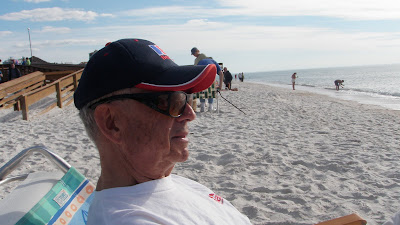 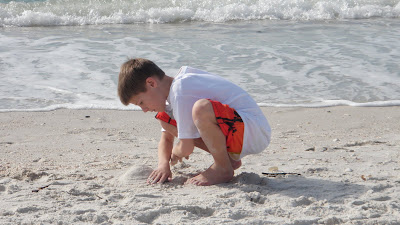 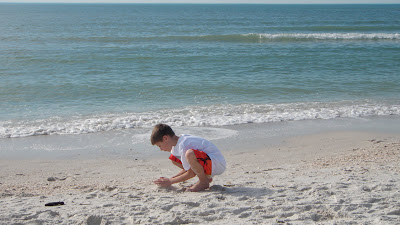 5 pm, getting ready to go out to dinner with Dad and Helena's friends, Bob and Mary. Grandpa Jack just picked up Howie to take over to his house. So it's just me and old folk for tonight. I'm sitting at the kitchen table, trying to relax, get my thoughts in order. Dad just walked by in his bathrobe and let go a nice loud one, without even a blink, now he's stumbling his way into Helena's room with his shoes? They are all showered and getting ready for their big date.
Today's been a bit of a day. I think me being in town exasperates Dad and Helena's relationship which is definitely strained and me being here, Dad shuts off more than he's already shut off, becomes more non-responsive and in his own world which rightfully drives Helena a little bit crazy. Howie and I were at the pool alone for an hour or so this afternoon and I asked him if he thought Dad and Helena fought a lot and he said yes. I asked him if he thought Jackie and I fought a lot and he said no.
As always the day started off slowly, I've had this slight cold which really bothers me in the morning, but seems to disappear during the rest of the day. I head out to Starbucks and get coffees for Howie and I, a New York Times, and a crossiant. 11.18/day - Back home, trying to open the door, I almost dropped my coffee, spilled a little bit of it, ironic as the guy ahead of me in line at Starbucks practically did the same thing.
When I walked in the door, first thing out of Dad is "I broke a bowl." "Do I have something on my foot?" I looked at it, "it looks like a scab," I told him. "O.K. good." That satisfied him. I asked Helena where he broke the bowl and she told me in the sink. So I swept up the kitchen and told Dad not to worry about it, you broke it in the sink, that's a good place to break something.
They all had breakfast while I was out getting my coffee so I sat at the table and read the paper and drank my coffee. Howie was playing computer games. Dad was sitting on the couch. Helena was doing a crossword, wondering what we were going to do today. It was warm, but the clouds were already filling up the sky. There was talk about going to the beach, but Stan was not in a hurry to do anything. Helena, frustrated, got up and said O.K., call me if you do anything I'm going for a walk. As soon as she did that, Dad started to get up and put on his walking shoes. Helena left and took a walk by herself and about 15 minutes later after a couple of phone calls, Dad, Howie and I went out for a walk and as we started walking Dad said, let's go all the way around - that's 3 miles. Dad was a little obsessed about Howie, telling me that I'm responsible for him, but then continously asking me where he was and telling me he would prefer Howie to walk ahead of us, but Howie was being a good boy and listened to me everytime a car came by. And so we did, single file whenever a car came by, Howie playing with the round auto rewind yo-yo grandpa bought him yesterday the entire time. Dad talked and walked and it was good.
After we got back from the walk which took at least an hour, I had a chore I needed to do for brother Ben regarding the house - I needed to fax him something, so went to the Pack and Ship place and faxed to Ben,
Dad's sitting down with me, putting on his hearing aids to go out tonight. He wants me to look at his Merryl Lynch account, all his stocks are doing well and he's asking me questions about IBM, and I tell him I don't pay attention. "I know you don't," he replies, "I do."
As Dad and I went to do our chore, Helena prepared lunch and we had a very nice lunch when we got back. After lunch Helena went to the pool and I asked Howie if he wanted to go to the beach or the pool as Dad already said he didn't want to go to the beach, we should go without him and Howie said, the pool. So again about 15 minutes after Helena we wandered over to the pool again answering the phone and helping Ben with some odds and ends with the house sale.
The pool was very pleasant. Helena was sitting with friends and we joined them. Howie went swimming even though the water was only 65 degrees. He went in and had fun, dried himself off, continued to play with his yo-yo, then went swimming again with lots of comments from the friends sitting around the pool...
From the pictures you can see yesterday we did make it to the beach, sun didn't last long yesterday either, but we sat there, Howie digging in the sand, took walks, and watched the pelicans...
Today's image that I told Jackie on the phone an hour or so ago is me leashed to my dad who is leashed to a porcelain toilet walking through the world together, what a trio!
Posted by mark at 3:01 PM