Day at Hebgen and the Sarms Goodbye Party

And so the weekend was totally packed with busyness and fun. Saturday morning we hung around the house, I tried to do some Israel trip planning while Jackie packed the car with camping stuff and it was off to Hebgen Lake for the rest of the day, Saturday night and all day Sunday.
Spontaneously Jackie had the idea of kayaking from Baker's Hole to part of the way to Rainbow Point so I dropped Jackie and Howie off with the kayak and watched them begin their kayak down the Madison River on their way to the Madison Arm of Hebgen Lake... Micah and I drove to Rainbow Point, found our gang of friends, the Sheas, the Houses, and the Perrys. Micah and I set up our tent next to the Shea camper, hung out by the lake for a little while and then we all went back to hang out by the campsite.... 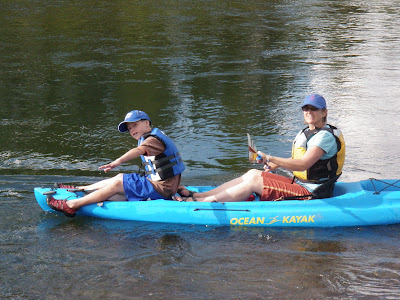 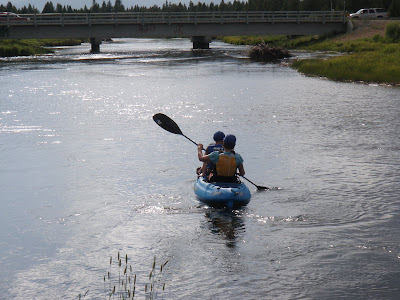 As the clock ticked away and there was still no word from Jackie I figured I better go drive over to Horsebutte and see if I could find them paddling away on the lake. Curly decided he better go with me because he knew his way around the lake and the roads, when we got there I figured we would see them right away, but there was no sign of anyone on the lake. I called my buddy Dan to see if he had any ideas where she might have gone thinking of the last time we went paddling down the Madison River to Hebgen. Curly then decided the best thing to do was try to find her on the boat. We went back to the campsite to tell everyone what we were doing, Joe joined us and we drove over to the boat, on the way I got a text... "We are stranded on a desert island." I called her, she had pulled over on a sandbar to call me, she was fine, and somehow she still thought she was going to paddle all the way to Rainbow Point. And so we went out in the boat and drove over to the Madison Arm and Joe spotted her in the middle of the lake, we almost drove right by her. The lake was like glass, it was still light out, but it was getting dark. Howie and Jackie were safe and sound and on the boat. Curly drove us over to Horsebutte. It was amazing how far she had paddled. Back at the campsite everyone was happy and relieved and there was still food!
The next day Curly took the boys out wakeboarding and skiing and we just hung out at the lake and had a very fun and relaxing day. I even read a story or two from Stories from Jerusalem by David Shahar, translations from the hebrew of stories from Jerusalem in the 1930's. 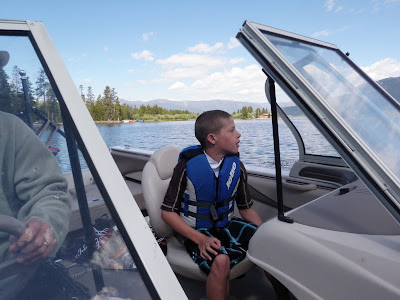 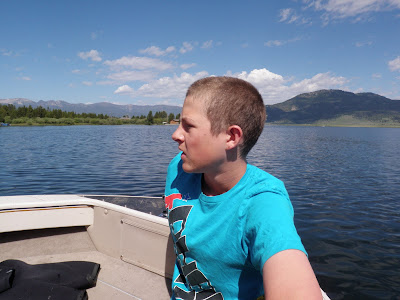 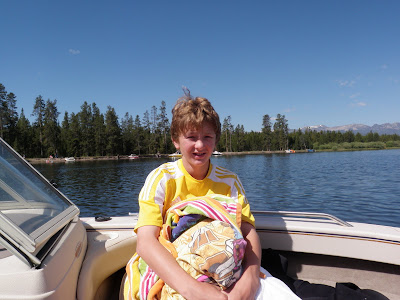 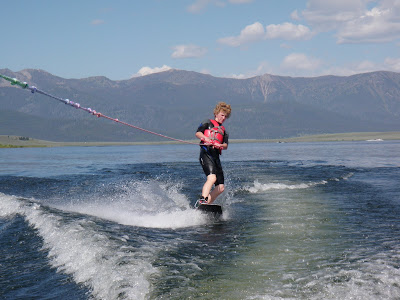 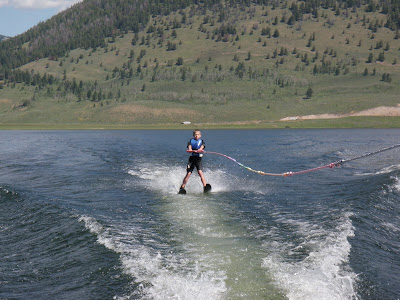 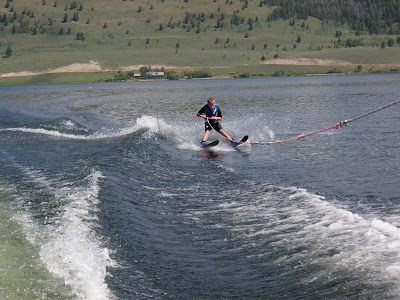 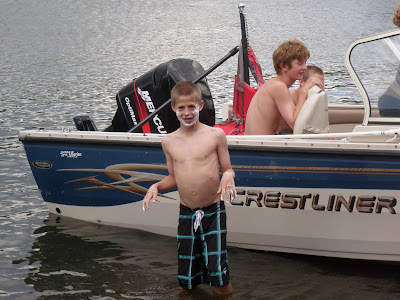 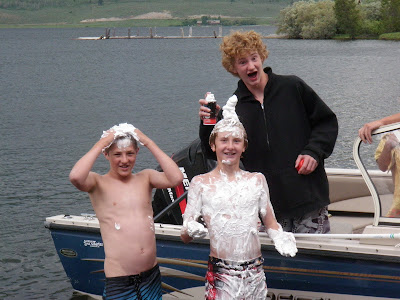 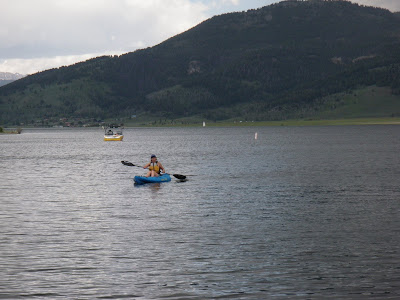 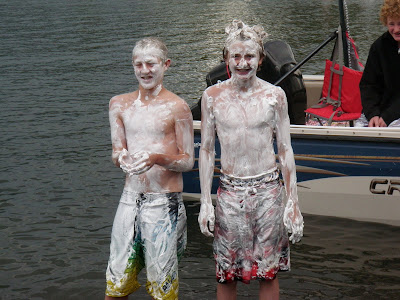 Monday night was a goodbye - see you later - barbecue for our very good friends Victor and Stephanie and their kids Xela and Isabella. They are heading down to Venezuela for Victor's work and Big Sky is going to miss them, but they promise they will be back! In the meantime we all hope to visit them there! 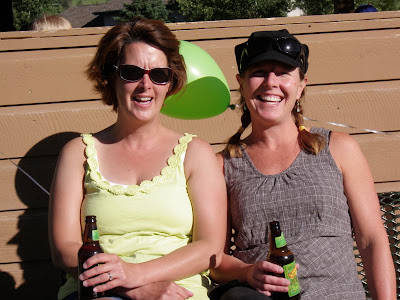 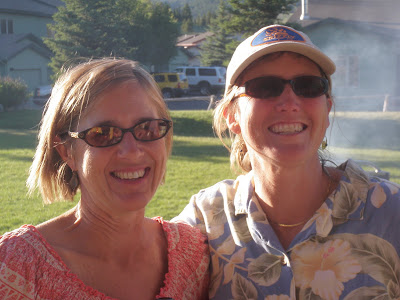 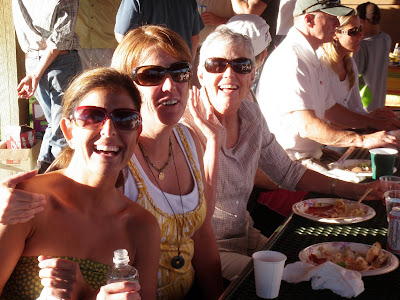 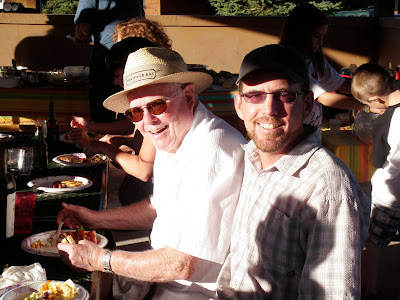 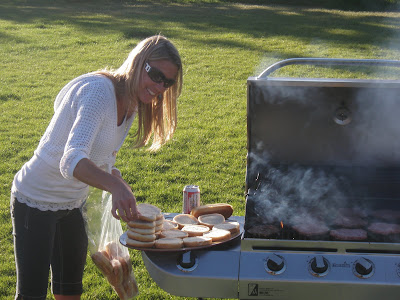 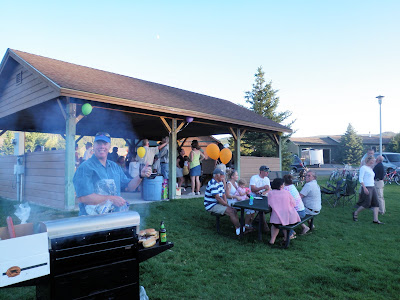 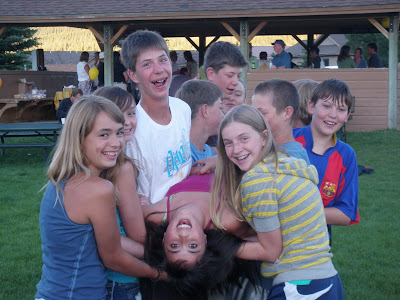