Uncle Sidney and Jan left today. They had an awesome time here in Big Sky and Stan enjoyed having them around. 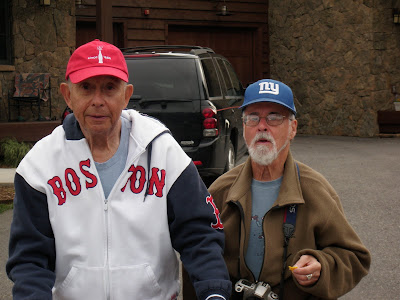 Stan, Sidney and I went to the 1st Professional Bull Riding Rodeo in Big Sky. Stan and Sid sat in the front and chatted away as the bulls bucked the cowboys off their backs... 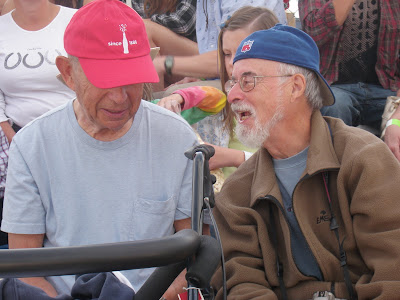 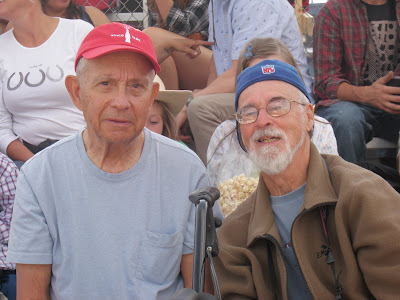 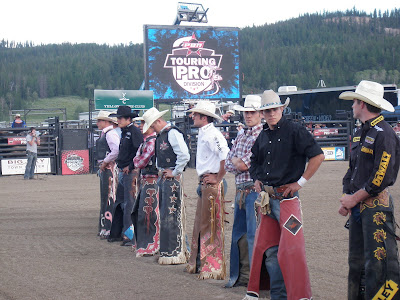 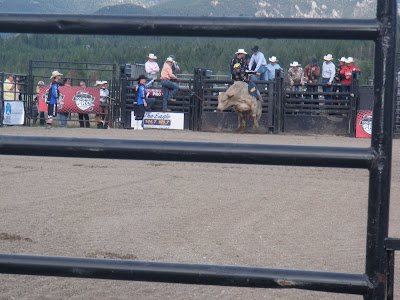 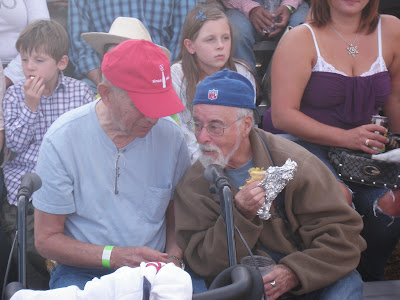 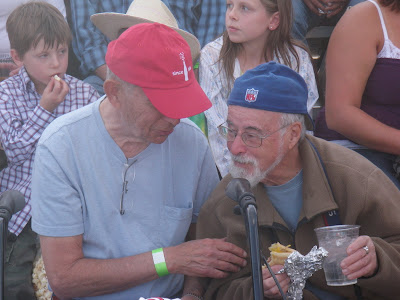 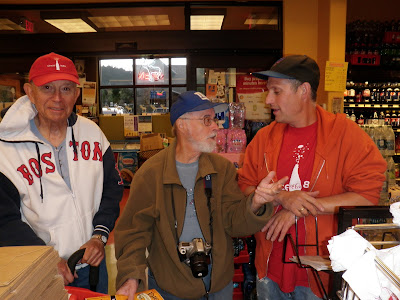 All in all it was a great week of hearing stories. Sidney told us a story about his father and my mother's father - they were business partners in the bakery starting in 1944. Grandpa B and Mr. K used to frequent the Boulevard Nightclub in Queens. The owner asked them to drive up to Harlem and get Cab Calloway who was going to perform that night. So they drove up and picked him up. When Cab Calloway walked to the car he told Mr. K to get in the back seat.
Mr K. was not the type to take orders from anyone, but he listened to Cab Calloway who told him when I'm in a car I drive! And so he did and Mr. K. and Grandpa B. held on for dear life in the back seat.
It was wonderful to have Uncle Sidney who Dad calls Jonesy (Kryshka was too difficult to remember for his superiors in the marines so they nicknamed him Jonesy). He loves telling stories, I just need to remember them. He told one about being in the Marines and that your bed had to be made so tightly that a coin would bounce and they would come around and check your bed. Then he told a story about all the guys in his bunk going to sleep before lights out, instead of staying up and polishing their weapons so one night the seargent came in and woke them all up at 2 in the morning and ran them outside and had them do calisthenics on the gravel for over an hour. He said no one went to bed before 10 again.
Stan told me he had some nice conversations with Jonesy while he was here. For some reason Dad thought he borrowed $500 from Uncle Sidney years and years ago to pay off a gambling debt, but Sid had no memory of that and told Dad it must have been someone else. Dad told me one time when he was working at Roosevelt Raceway, Uncle Sidney came down to hang out and they went in on some bets together. They ended up winning a 5-1 double that paid over $400. Dad asked Sidney how did you come up with that longshot and Sid told him, I was sitting in row 5, seat 1 so that's what I played.
Here's Sidney telling a story about working retail...
Posted by mark at 10:10 PM